I know it is tomorrow, but most of today will be spent at The Spawn's school-where ComplicatedBoy is performing in the 3rd Grade play. His big line is: "Announcing-The Teams of the NFC" but yesterday he mistakenly said "Announcing-The Teams of the KFC" which is ironic, since Kentucky Fried is wayyyyy too healthy for us, but not as bad as it could have been if he had gotten even more creative with the letters F, C and K. Whew.

So Chickens, here are some great Thanksgiving Day quotes to read at your computer while you should be doing something more productive. I hope you and yours have a wonderful day. I am thankful for my family, my friends, my health, and obviously, GOOGLE would be at the top of the list today.

George Carlin
We're having something a little different this year for Thanksgiving. Instead of a turkey, we're having a swan. You get more stuffing.

Erma Bombeck, No One Diets on Thanksgiving
What we're really talking about is a wonderful day set aside on the fourth Thursday of November when no one diets. I mean, why else would they call it Thanksgiving?

Jon Stewart
I celebrated Thanksgiving in an old-fashioned way. I invited everyone in my neighborhood to my house, we had an enormous feast, and then I killed them and took their land.

Johnny Carson
Thanksgiving is an emotional holiday. People travel thousands of miles to be with people they only see once a year. And then discover once a year is way too often.

Kevin James
Thanksgiving, man! Not a good day to be my pants.

What are you thankful for?

BANANA: Mommy, why do we want God to blow everything up?
ME: What do you mean?
BANANA: How come we sing Kaboom - by-ya My Lord?

(After asking The Spawn to set up The Nativity this weekend. Because we used to be in retail.)
ME: Did you finish setting up the manger?
BANANA: No, because Jesse put the baby Jesus down his pants. And now Christmas is ruined forever. 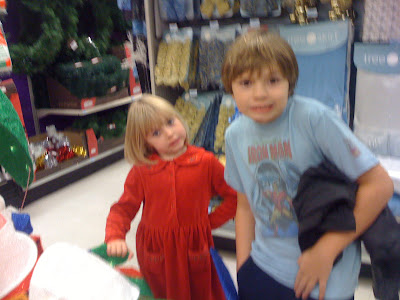 (At brunch yesterday.)
BANANA: Mommy you know why I don't like mustard? Because it's called grey poop-on. 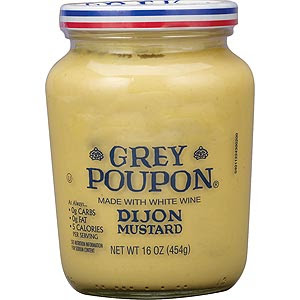 OuR SCHooL iS CHooL

When The Spawn reached school age, we faced a decision many parents have to make living in The Big Apple: Public Education or Private Education.

I taught Kindergarten for several years in one of the most elite private schools in Manhattan. That shipping heir that dated Paris Hilton? He was in my class. That socialite that appears often on Gossip Girl? She was in my class. I can tell you that the President of HBO has a pink marble staircase in his brownstone, and that the Saudi Arabian princess I taught wore three carat diamond earrings that dwarfed her tiny earlobes. But what I can't say is that the $28,000 they paid for a half day of kindergarten back in the 90's bought them a truly exceptional experience. Fingerpainting is fingerpainting even if your smock is from Prada.

That said, we originally pursued the idea of a Private School for ComplicatedBoy and The Banana. We completely blew the interview for CBoy. I believe I described him by saying: "He's Complicated." Right before I CRIED. That's right: in the middle of an interview with a Channel wearing Headmistress, perfectly manicured nails tapping a long list of interview questions in a folder, the vastness of my love for my boy washed over me, and I began to weep and my nose began to run copiously. Although she had begun the interview by saying she had LOTS to ask us, two minutes later she closed her file and told us she had "enough information to make a decision." They later sent us a letter: 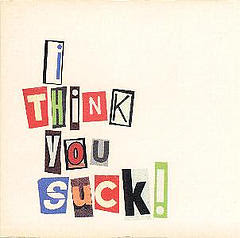 So we pinned our hopes on The Banana to pave the way into a fine institution of learning. Except the actress Molly Shannon was present in our group interview, 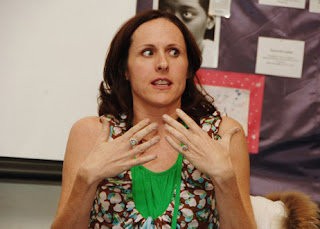 and while we had all been told beforehand to dress our children in casual playclothes, her ginger haired daughter arrived in A Red Sequined Dress. RED SEQUINS. So nobody noticed when Banana created an exact replica of the Parthenon in the block area. Everybody was looking at Molly Shannon to see if she would smell her armpits, and when they weren't looking there they were looking at THE RED SEQUIN DRESS. We didn't get in there either.


But everything happens for a reason Chickens, and as luck would have it, we landed in one of the Greatest Schools in The World. A school with small class sizes, a curriculum that values the arts, great principal, and a swimming pool in the basement!! A FABULOUS, AMAZING, PUBLIC SCHOOL!!! And We Love It. The Spawn have thrived there, as have we. We love our school. It is The Best.

But our school is in trouble now thanks to Mayor Bloomberg and a total lack of city planning. The past few years have seen a huge influx of families move to Chelsea. So many children...No New Schools. So our diamond in the asphalt now faces the possibility of losing it's art room, it's music room, it's library , and it's small class size next year if we cannot get the Department of Education to live up to promises it has made for increased space.

But guess what? YOU CAN HELP. Even if you don't have a child in this school. Even if you don't have a child at all (Kreg, I'm talkin to you.) EVEN IF YOU DON'T LIVE IN NEW YORK!!! Because you have An Email Address!! And if you will just take two seconds to sign an online petition it will help save The Spawn's school!! This will be your good deed for the day, chickens! Just click on this link. The Spawn thank you and so do I!

Two seconds. Come on. Please?
Posted by Lorrie Veasey at 9:51 AM 22 comments:

I recently participated in a Blog Swap and received some fabulous items for blogging about it here Out of the Goodness of Their Hearts!! and some very pretty squares of fabric. So I have decided to start a diary!! I will write all about the exciting events in my day to day life. Hey wait a second....how do I hook Google Analytics up to this thing anyway? Hmmm. Maybe I will stick with my keyboard--but I do not want to appear ungrateful because this journal has FELT. And A DOILY. Sa-weet. Which Cboy actually stole from me when he realized you could arrange them like in the photo above and turn them into YODA BRACELETS. These like I very much do. Simple sweet and they are. Earrings also she included. You thank very much I do.

I don't have much to write about on this Thursday, Chickens. The Spawn are still sick, although I had to send ComplicatedBoy into school today with strict instructions to throw up ON his teacher. Because she intimated that we were faking his absences to date. As. If! ANYBODY who knows me, knows I never pass up an opportunity to foist my kids onto someone else.

The big event of this week was Parent-Teacher conferences, which make me so nervous that I always develop this little breathy laugh that comes out of my nose. Gentle horse-like snorts which I am unable to control, made in response to whatever news gets delivered. At some point in our 3rd grade conference, Sexyhusbandomine started wiping His nose, which is his subtle way of telling me I needed to wipe MY nose. But in my nervousness, I ignored his hand signals, and shot him a perplexed and dark look when he attempted to mouth: "YOU HAVE SOMETHING HANGING OUT OF YOUR NOSE." So engrossed was I in watching his father behave like a Mime on Crack, that I have very little memory of what was discussed about ComplicatedBoy's beginning of third grade.

I am pretty sure Parental Boogers were discussed in the Teacher Lounge later that day. And that the word GINORMOUS was used.

I do remember that we mixed it up a bit in CBoy's conference--the teacher talking about independence, and me trying to explain that I want him to be independent, as long as he stays my Wittle Baby.

"I think I rationalized our son's shortcomings very well in there" I said to Sexyhusbandomine on our way out.

His reply: "Keep telling yourself that when he is thirty and living in our basement."
Posted by Lorrie Veasey at 1:58 PM 8 comments:

So two weeks ago, The Banana officially had Swine Flu, and ComplicatedBoy bravely battled Regular Plain Old Flu. Which means that this week, the featured disease at Chez Veasey is STOMACH FLU. I am not going to bore you Chickens with tales of vomit and high fevers.
No- I am going to let you know a Really Big Secret:

I am not sick.

Why am I not sick?

It's absolutely true. Because this random internet article that I half read says it is.

So what I am proposing is that we have Less Vaccinations and More Ben & Jerry's this winter.

Pile it on People. Your first defense against Swine is eating like a pig.
Posted by Lorrie Veasey at 8:53 AM 13 comments:

What do you get a man like Sexyhusband O Mine that has EVERYTHING?

Well if you are lazy creative like me, you let your CHILDREN pick out his birthday gift. And so after an hour of shopping in the finest drugstores and discount outlets retail locations, The Banana found THE PERFECT gift for The King of Chez Veasey... As Banana explained to me: "This is a revolutionary appliance! You can pour, flip and fill to make an endless variety of gourmet pancakes!" Except it kind of sounded like "Get this Mommy 'cause I saw it on TV and can I have some gum?"

Happy Birthday to my better half. I lerves you more than chocolate cream filled gourmet pancakes. Please make me some.
Posted by Lorrie Veasey at 1:22 PM 11 comments:

I know I am tardy to the pardy, and that most of you have already begun to dig your artificial trees out of storage and deck your halls, but what kind of a Mommy Blogger would I be if I did not share memories of Halloween 2009 with all my chickens?

Here is The Banana as Little Red Riding Hood. 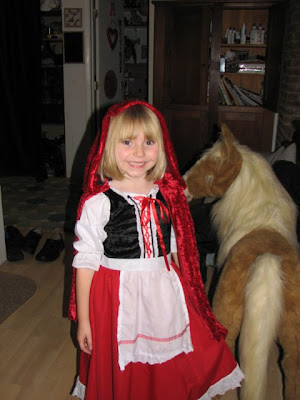 Here is ComplicatedBoy as a Scary Jester 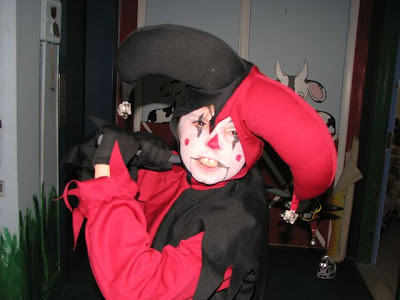 And here is a very funny blog post (thanks ZDub.)
Posted by Lorrie Veasey at 9:06 AM 9 comments: